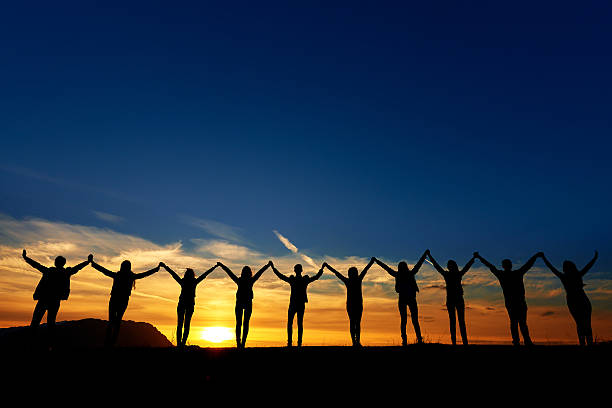 Clusters are geographic areas smaller than a region, most of which consist of a group of villages and towns, or a large city and its suburbs. The boundaries of clusters are determined by social, economic, cultural, linguistic, and other characteristics.

Non-emerging: Work has not yet begun. Bahá’ís and community-building core activities are non-existent.

Emerging: Work has begun. A handful of Bahá’ís and their friends begin learning about and starting to implement the framework of the current series of Bahá’í plans, with their core activities of prayer gatherings, children’s classes, junior youth groups, and study circles.

1st Milestone: An initial flow of human resources into the field of systematic action begins the process of sustainable growth. For instance, someone who is attending a study circle arises to begin a core activity.

2nd Milestone: The elements to accelerate the expansion and consolidation of the Bahá’í activities for community transformation are in place and functioning with adequate effectiveness to begin an intensive program of growth – an expanding, self-sustaining system for the spiritual edification of a population.

3rd Milestone: Activity has reached a level of at least hundred or more core activities serving at least a thousand people.

This linked and regularly updated map shows cluster groupings, reservoir clusters for those groupings, individual clusters and their statistics, and homefront pioneer goals. To see the map in full-screen view, click on the icon in the upper right corner of the map. A PDF version can be seen by clicking here

In its letter to the Counselors dated 29 December 2015, the Universal House of Justice indicated “that progress will be more swiftly achieved in regions where one or more intensive programmes of growth have been sustained for some time, as these offer a valuable source of knowledge and experience and represent a reservoir of human resources as efforts are made to strengthen surrounding areas.” The Atlantic Region created eleven groupings of clusters around stronger “reservoirs” of experience. In this way, resources can be targeted to clusters slated to increase their intensity during the plan.