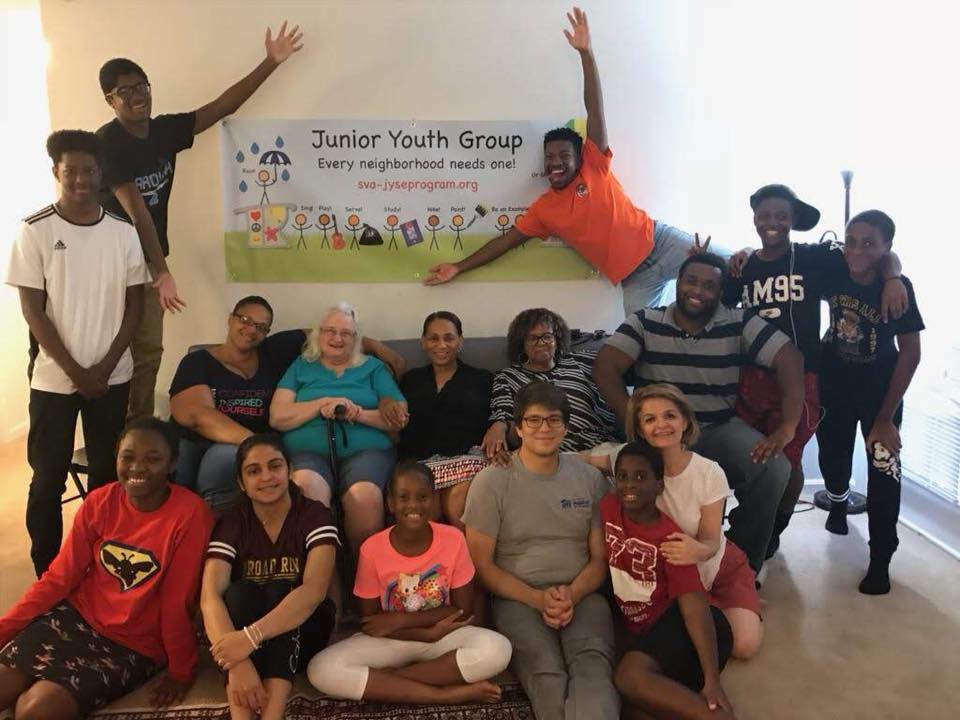 I have lived part time in Farmville, Virginia since January 2017. Farmville is a milestone 1 cluster and one of the goal clusters for this Plan in the Atlantic Region.

This summer six youth were sent to Farmville for five weeks as Summer of Service (SOS) or short-term pioneers. During the year and a half before they came, I built relationships with the residents of Farmville but had a hard time connecting with the youth in the area. I started a Book 1 with four youth, but due to different reasons it never finished. At the time the SOS youth came, one youth who we met in the community college, had finished Book 1.

The SOS was full of crises and victories. Every crisis was followed by a victory and every victory we had was followed by a crisis. Reliance on prayer and having unquestionable Faith in the process by the coordinators was exemplary. They started every day with half an hour of prayer including the Tablet of Ahmad, and half an hour of memorization and reflection.  This practice set the tone for the day. When we were having crises they might pray during the reflection time as well. Reliance on Bahá’u’lláh and faith in the aid of the concourse on high was the foundation of the efforts.

It was week two and we had not found many youth to enter the institute process. We only had four youth who were going to start the study circle. Most of the youth we talked to did not have the time or interest to serve their communities. During our reflections from a few days ago we decided as a team to go out into the field twice a day and double our time in the field. When July 4th came everyone was feeling down. A few team members were not sure if it was a good idea to go out on the 4th of July, but since the team had decided to go out every day, the 4th of July was no different. The teams decided to go to the neighborhoods around the apartment complexes and approach the single-family homes. On this day one team had a conversation with a young lady who was all for serving her community and she was willing to attend the interest meeting the next day. She wanted to bring her friend as well. In the evening, I checked my email and saw that two more girls registered through our web site. The joy and the happiness of the team could be felt in the air. We were clapping, singing and crying. That moment was so special to me, as a pioneer you sometimes feel alone, and your Faith weakens. This victory showed me a glimpse of the power of prayer and how unquestionable Faith in the process and the concourse on high brings triumphs of unimaginable magnitude.  This is just one of the stories from the five weeks of SOS.

Because of the efforts of the six youth from SOS and two adults, eight youth entered the institute process to become animators. Seven finished Book 1 and started Book 5, one junior youth group started in one of the neighborhoods, and another group is on the way. They had two sessions of the group before the SOS team left. In the first session two junior youth participated and in the second session four participated. This junior youth group now has six junior youth participants, they have started Breezes of Confirmation and last week did their first service project. (see the photo below)

As a pioneer when I reflect back on the summer and the contribution of the Summer of Service, I can’t thank Bahá’u’lláh enough. If it was not for this effort, it would have been impossible to move the cluster forward. Even though it was only five weeks, the effect of it was immense.